The need to tackle rainwater scarcity around the world 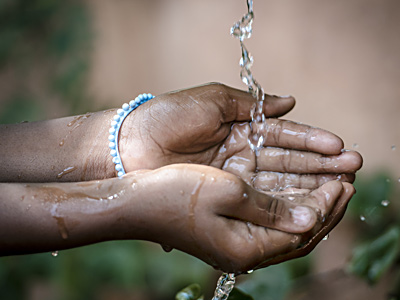 To combat water scarcity issues, countries around the world have introduced measures to minimise water usage. In addition to such measures, several countries have introduced methods of rain water collection as part of their water management plan (Nolde, 2007; Eroksuz & Rahman, 2010; Zaizen, 2000).

Although harvested rainwater is mostly used for non-drinking purposes, in some circumstances rainwater can be treated to be safe for human consumption. In 2009, the United Nations Environment Program (UNEP) highlighted the growing popularity of rainwater collection techniques, and recognised its potential to reduce the number of people who do not have access to water for human consumption. Known as Rooftop Rainwater Harvesting (RTRWH), or simply rainwater harvesting, this water optimisation process has been widely implemented in rural areas in countries like Brazil, China, New Zealand and Thailand.

“...in some circumstances rainwater can be treated to be safe for human consumption.”

Even some water-abundant countries have introduced rainwater harvesting measures. Germany has promoted rainwater harvesting practices since the 1980s, and has carried out studies to assess the practicality and viability of collecting runoffs from traffic surfaces in densely populated areas (Nolde, 2007). Singapore, on the other hand, has focused on creating an extensive network of drains and canals, aiming to control flooding and creating a potable water supply (Zhang et al, 2015). 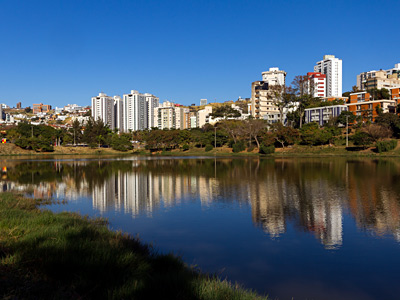 Although Brazil has approximately 18% of the world’s total freshwater, only 28% of Brazil’s largest cities have adequate water availability (Targa & Batista, 2015). Semi-arid Brazil (SAB), also called the “drought stricken polygon”, is home to approximately 18 million people, half of whom live in rural areas. While it does rain in SAB, precipitation is irregular with variable expected rainfall; yearly precipitation for one year may only be 185mm, while another year it may be 974mm (Gnadlinger, 2007).

In 2003, a program called “Programa Um Milhão de Cisternas” (“One Million Cisterns”) was organised by the Articulação Semiarido Brazileiro (ASA), a community network that aims to improve conditions for the residents of SAB. The project aims to provide one million homes with rooftop rainwater harvesting systems where rainwater can be collected and stored until the dry season. The simple, economic, and efficient system is comprised of a gutter, a pipe, and a 16,000L capacity collection tank. Installation of the system takes up to a week, and water can be easily extracted from the tank using a manual pump (Gnadlinger, 2007).

The aim is to provide one million homes with rooftop rainwater harvesting systems.

To date (October 2015), the project has successfully delivered 578,336 rainwater collection systems. The impact of these tanks extends beyond eliminating the need for people to travel long distances seeking water; it has allowed residents to practice agriculture, provide water for livestock, and improve sanitary standards at facilities such as rural schools. The success of the project gained interest from the Brazilian government, who currently provides financial support to the project (ASA, 2015).

In other parts of Brazil, such as Porto Alegre, São Paulo and Curitiba, buildings under construction are obliged by law to be equipped with rainwater harvesting systems (Mores, 2006). 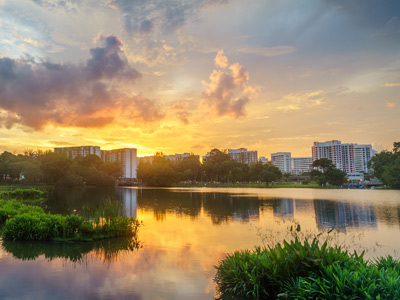 As a small country with a dense population, Singapore cannot afford to have polluted waterways as this would reduce clean water availability and prevent rainwater to be collected in natural water bodies. In 1977, the Singapore government announced a 10-year program to do a large scale clean-up.

The large-scale operation included the relocation of pollution-causing activities and the relocation of over 26,000 families to alternative public housing (Khoo, 2009). As a result of this operation, the Singapore River has been clean and unpolluted since 1987. It is now home to aquatic species and provides a great opportunity to collect rainwater.

Even with clean rivers, Singapore still struggles to meet its population’s demand for water. Although the island nation receives plentiful rainfall, a restricted land area limits the extent that this rainwater can be collected. This means that Singapore is required to make up the shortfall in water supply by importing water form Johor, Malaysia (Tortajada, 2006).

“To combat water stability threats, Singapore has focused its attention on stormwater optimisation...”

To combat water stability threats, Singapore has focused its attention on stormwater optimisation, specifically by controlling flooding and water supply (Zhang et al, 2015). This has resulted in the development of an extensive network of canals and drains that spans over 8,000km. This network has reduced Singapore’s flood-prone area by almost 98% in only 40 years, and directs rainwater to one of Singapore’s 17 reservoirs, where it is treated to be suitable for potable use (Zhang et al, 2015).

Today, about half of Singapore’s land area is used as catchments for rainwater collection. Catchment areas are heavily protected, and no pollution-causing activities are allowed in these areas (Khoo, 2009). 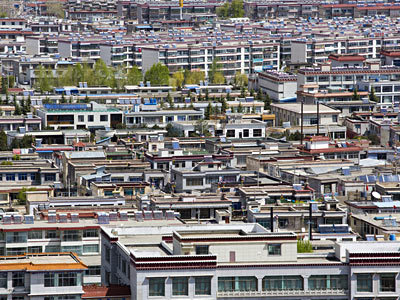 China’s biggest water challenge is meeting the needs of its large, and growing, population. Although China accounts for over 22% of the world’s population, it controls only 7% of global freshwater resources. This stress on China’s water resources continues as the population continues to grow.

Similar to Brazil, water resources are not evenly distributed in China. Northern China, home to 40% of the population and two-thirds of Chinese farmland, has access to just 19% of the country’s water resources. In an effort to provide northern regions with water, China is attempting to divert water from Yangze River to the Yellow River (Zhu et al, 2004).

This diversion, however, will not be able to provide water to the Loess Plateau in Northern China. Since the 1990s, the government’s strategy for water management in this region has been water harvesting, and collection systems have been heavily implemented since. Following a drought in 1995, the provincial government of Gansu, commissioned a rainwater harvesting and reuse project called “121-Project”. This project’s name makes reference to its goal: every family should have at least two rainwater collection cisterns for every one acre of agricultural land. Within a year of the project’s implementation, 1.31 million people had benefited from access to water for domestic use (Guerquin 2010). 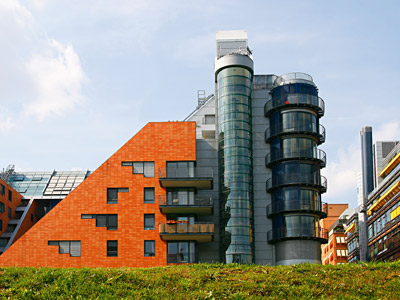 In addition, in the period between 1989 and 1999, German business Mall-Beton GmbH, claimed to have installed over 100,000 rainwater pre-fabricated storage tanks in Germany (Herrmann, 2000). Water from these tanks is used in applications such as schools and car washing businesses. The German government continues to offer financial incentives for those who disconnect stormwater from sewer discharge, and in the past has provided subsidies to promote installation of rainwater harvesting systems.

The Postdamer Platz complex was required to discharge no more than 1% rainwater to the sewerage.

A great example of the German government’s support towards rainwater harvesting practices is in the construction of the “Postdamer Platz” in Berlin. The permit granted by the council was subjected to meeting very strict stormwater management regulations, which ensured that the construction of this project did not overload the combined sewerage system (where rainwater and industrial water are collected in the same pipe).

The new complex was required to discharge no more than 1% rainwater to sewerage. To comply with the regulation, all 19 buildings were constructed using green roofs and the collected roof-runoff is used for toilet flushing and irrigation. An artificial lake was also constructed to provide a means to retain water and allow it to evaporate. Rooftop runoff is collected in three cisterns of 2550 cube meters of capacity, which corresponds to 12% of the annual precipitation (Schmidt, 2009). 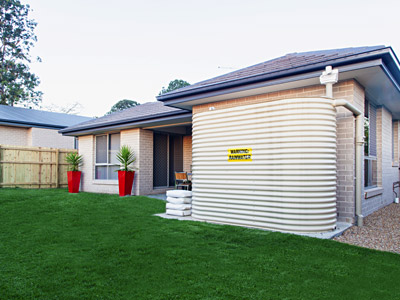 A number of states in Australia, including Victoria, experienced a severe drought from 2003 to 2012. In 2003, Victorian water storage levels dropped by 20%, and by 2009 they had sunk to a low 25.9% (Melbourne Water, 2015). In an effort to combat the drought, the Australian Government introduced incentives to motivate people to recycle water and utilise rainwater harvesting technology.

The Under Water for the Future initiative, the Australian government launched the National Rainwater and Greywater Initiative, which offered generous rebates to people who installed new rainwater harvesting systems or greywater systems. Up to $500 was available for households that installed rainwater collection systems, and up to $10,000 was available for surf life clubs that undertook a large water saving project or installed a rainwater harvesting system.

When the project ended, over 7 million Australian dollars had been paid in household rebates, and over $650,000 worth of rebates had been paid to surf life clubs (Department of Environment, 2015). The Victorian Government has also recognised that water should be “fit for purpose”, noting that it is not necessary for all water to meet drinking water standards (Radcliffe, 2006).

Decentralising of sewerage systems has proven to be highly effective in Germany. Brazilian and Chinese rural habitants have benefit from government funded programs that allow them to capture water during the rainy season and store it for later usage. Singapore has invested on highly efficient canals and drains, and has protected a large number of catchment in order to avoid pollution of rainwater. Australia, one of the driest continents on earth, has encouraged citizens and businesses to implement rainwater harvesting technology by providing funding towards these projects.

Rainwater harvesting technology is central to the conversation about tackling water scarcity. At Cleanawater, we see our role in meeting the challenges of water scarcity by designing, manufacturing and installing commercial water harvesting and water treatment solutions for industry. The application of this technology include reducing water usage at commercial and industrial sites such as wash bays, car washes and workshops. By encouraging sustainable business practices, we hope to be leaders in water management and reduce the impact of water scarcity.

Now you can do your bit to help the environment with water harvesting solutions for your business. Get in touch with Cleanawater to learn more about this exciting field.

No matter what industry you’re in, chances are you use a lot of water. Whether you require water for wash down and irrigation purposes, dust suppression, or onsite activities, water costs are ... Read more

The Benefits of Rainwater Harvesting

In Australia, water is a precious commodity - and an expensive one. In this context, reusing and recycling water is incredibly important. Particularly for industry, rainwater harvesting can provide an ... Read more